How to Enable and Calculate GPA of Classe365's Assessment & Grading Module

Written by Ashley Cooper
Updated over a week ago

How to Enable GPA on Report Card?

Step 1 : You need to setup credits/hours to Subjects 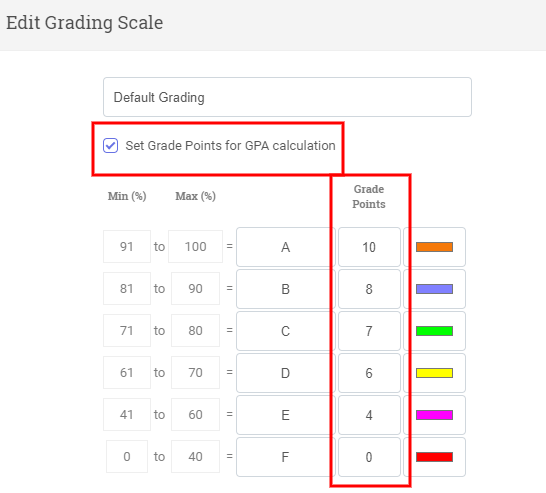 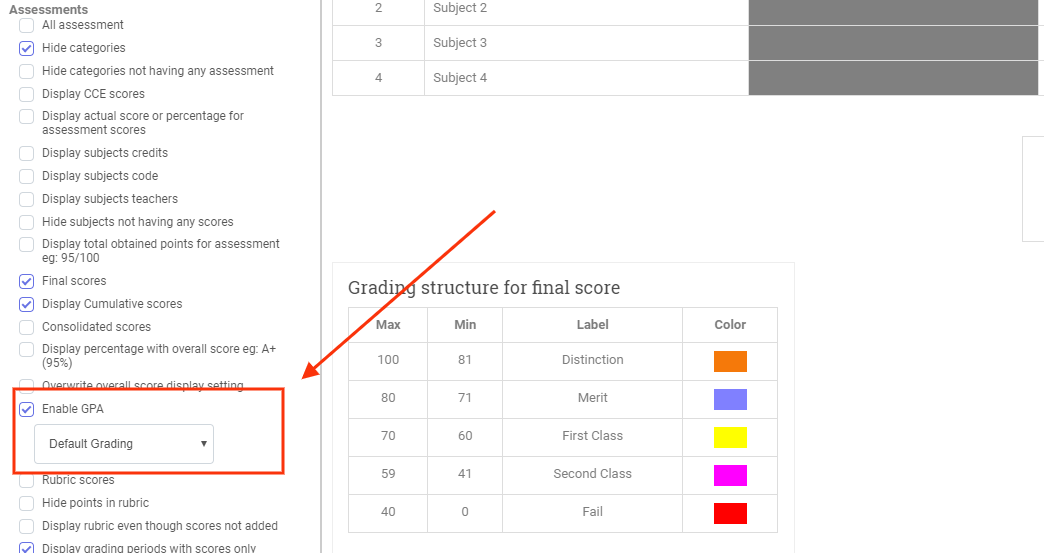 You need to select the grading scale which holds the GPA Points. 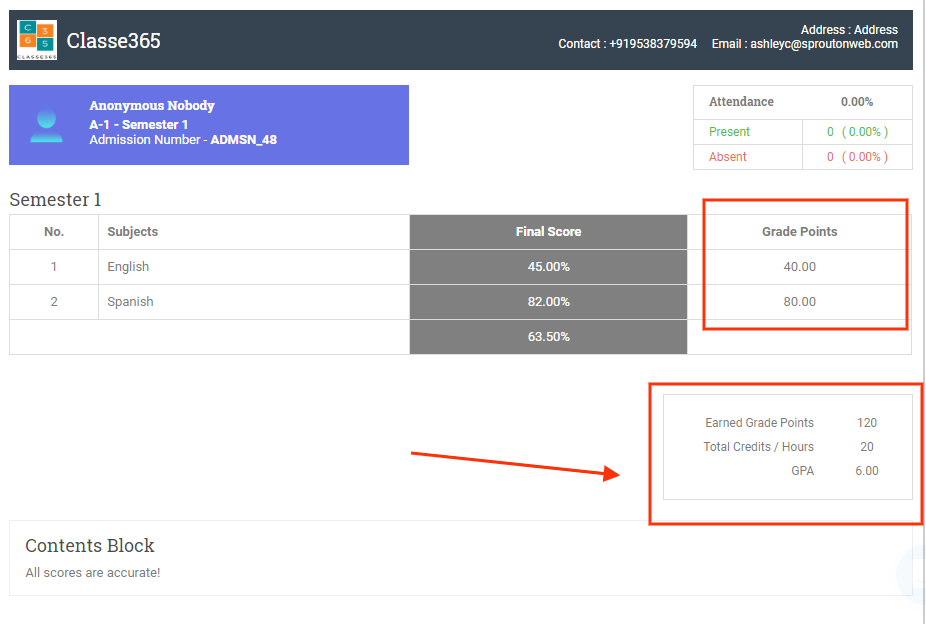 GPA is calculated with Subject Credits/hours and the grade points which you set on the Grading scale with the overall scores.

Here for an instance I'm using the below attached grading scale 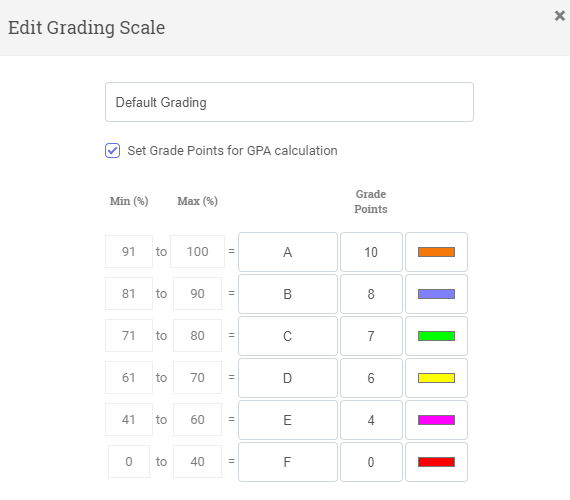 Now let's grade a student, I'm using 2 Assessments common to both subjects as below:

In the above attached screenshot student has overall score "60.02/100" for Grading Period - Semester 1 to subject Spanish

So the GPA calculated on Report Card is as below.

The calculated GPA of report card is as below: 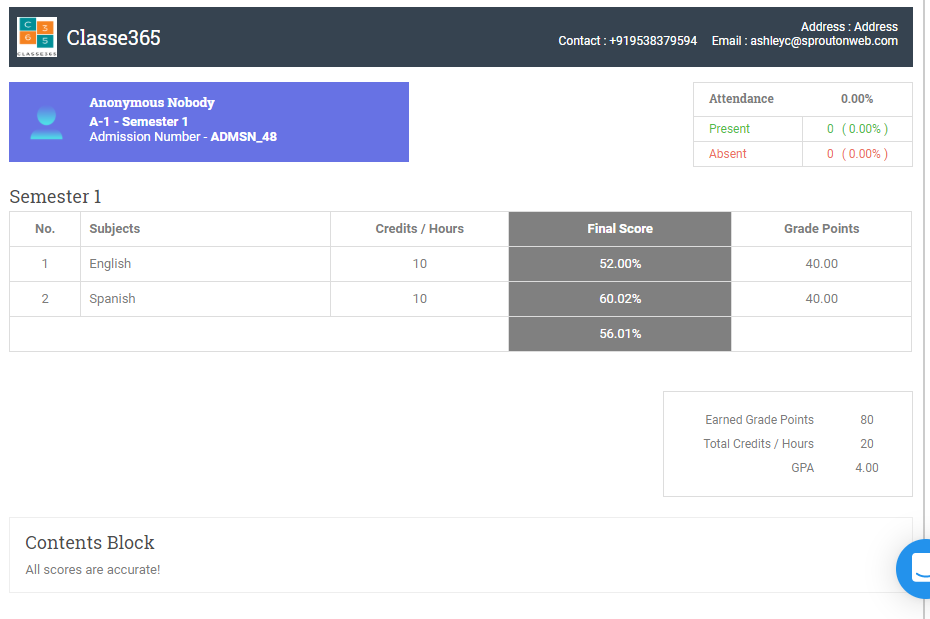 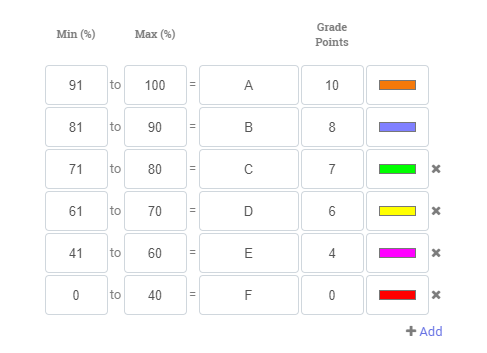 Same goes to other grading periods and so on..

If you need any help write us here support@classe365.com

Did this answer your question?